All About Business Loan & MSME Loan 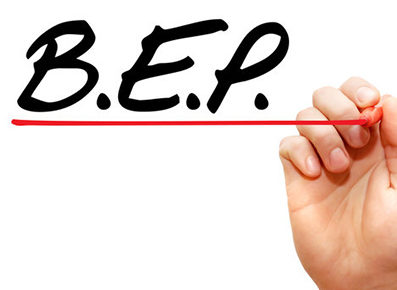 The break-even point is the point at which a firm’s revenues equal its costs. There are two methods to arrive at this point: one is by determining the number of units to be sold to break even, the other method is to ascertain the value of sales in monetary terms that must be achieved to reach the point. If a company’s sales are over this time, it is operating at a profit; if they are lower than the ascertained amount of units of sales, it is operating at a profit. Working at the exact value of the break-even point implies that the company is at a no-profit, no-loss point and is earning enough to cover all of its expenses.

Break-even point based on units of sale:

The break-even point in terms of sales units reveals the quantity of product that needs to be sold to reach a situation where the revenue earned is enough to cover all costs by:

Break-even point based on the number of sales:

The break-even point in terms of the sales numbers reveals the revenue that must accrue from sales for all costs to be covered by:

The contribution margin is given by:

Components of the break-even point

Fixed costs are typically those charges which do not change or change only slightly over time. They are not affected by the number of units sold, such as rent paid for the factory, machine cost, etc. The per-unit fixed cost tends to fall when the number of units sold increases. That is how increasing returns to the factor eventually over time. They include expenses incurred for production technology and advertising.

Variable costs are those directly linked to the production of the product in quantity. Such costs as labour hired, raw material, storage expenses are all related to the amount of product produced by the plant. As production increases to reach the break-even level, there is as much an increment in costs as in revenues.

This ratio is usually expressed as a percentage. Calculated by subtracting fixed costs from the contribution margin, it is possible to determine the actions to break even, like lowering production costs or raising prices.

At the break-even point, the sales will equal the sum of fixed and variable costs. At this point, the profit and loss are essentially nil. Any sales beyond this point will contribute to profits.

Also Read: How to Create a Balance Sheet for Your Business

How to use the break-even point in analysis?

Break-even analysis is based on the break-even point. However, merely ascertaining the point is not the only necessary operation. It may be possible that the break-even point suggests that a lot more must be sold. It calls for evaluating current business plans. Methods to cut down costs and increase revenues must be considered. Secondly, it must also be analysed if expanding the market regarding the number of items sold is viable. Quantitative analysis may suggest that selling more would improve the business’s profitability; however, market conditions need to be analysed. It may be the case that the product may not sell in the quantity that the break-even point suggests considering market conditions.

Therefore, there is a need to conduct a financial and market analysis before the venture is launched. There are multiple suggestions different types of analyses may suggest; however, the viability of each such revelation is dependent on the inherent interdependence between the factors that influence the business model.